skip to main | skip to sidebar

What happened to March?

Wowza! I go on an insurance rampage and somehow or another an entire month slips by. And you call yourselves friends? 'Ol Steve Billboard coulda had me bound and gagged in an office supply closet down town somewhere. C'mon people! Were you not at least a teensy bit worried about me?

Okay, okay, looooong time readers - prolly not - as you all know even on my worst days I am not one to go easily in to said closet. (A). I would only approach with a formidable entourage. (B). I'd be packin'. And, or (C). Once in the closet I'd go all McGuyver on ya with paperclips, staplers and toner cartridges. No, no, no. Better yet, (D). All of the above.

"I'm sorry Steve. Was that your letter opener I used to open your eyes?" Too graphic? Too bad. My bad, tho. Forgive me, won't you? Or not. I don't care. It's been a rough month. And April ain't lookin' too promising. "Well, what's been up, Angela?" I thought you'd never ask.

Where'd I leave you? In mid to late February I was fired up to fight the fight and still feeling well enuff to fight it. Ahhhh, those were the days. The weather was promising to get better and the kiddos' Spring Break was approaching, BUT what's this? My MS HUG had crept back in to remind me, "YOU STILL HAVE MS, DUMBASS!" So saying it crept back in and saying it yelled at me in all CAPS is a bit contradictory.

What happened was just this: I thought maybe I was just using muscles I hadn't in near to forever and I was sore. Makes sense, right? Work thru it says Coach Tucker and Coach Dixon. And I tried. Until the fatigue and weakness crowded their way in too. Forced then back to my 'lazy' ways the muscle soreness should have subsided, right? WRONG. Try worsened.

Shower frequency - down. Standing to brush? Ha! Still going out? HA! (louder) To bed earlier and earlier and waking later and later. A nap in the afternoon? Sure! Walking? Worsening. The so-called 'hug' was ravaging me. To explain, should anyone hug another with such force it should in no way shape or form be considered a hug. It's more like a malicious, forceful violent crushing just below my breasts around my entire ribcage.

If there were indeed a visible figure causing this pain (giving this hug) I would without a doubt writhe against it. Biting at its neck, clawing its face, gouging its eyes. Kicking, screaming, spitting, cursing. Can't tell I'm in this pain, can you? If only you'd have known me before - maybe, just maybe you'd be able to see it now. This bitch as I've come to call her makes it hard for me to breathe. Just talking, I now get winded.

Small walk to the potty? Huffing and puffing like I just finished a day of volleyball conditioning or ran sprints in basketball. Hungry? Yeh. Starving, but I can't eat hardly anything anymore for the overwhelming feeling of fullness. Shouldn't gripe tho, right? More weight loss, right? All fun and games 'til I lose too much. And, "Yes, Virginia there is such a thing as too skinny." People die of such things. No joke. And speakin' of . . . there have been more senseless deaths in my online MS community since I've written last.

Yes, people die of MS. Some how or another tho, MS always escapes as the official cause of death on the 'ol death certificate. My Dad for example died of respiratory failure. He had lung cancer, kidney failure, and a bad ticker tho. Could it not have been one of the other reasons he now ceases to exist? I'm just sayin' . . . when I go, I don't care if it's in a car accident --- I want MS as the frickin' cause. Richard Pryor's heart attack? I say MS. Heart problems need exercise to overcome. MS = lack of exercise = cause of heart problems. Just sayin'.

Okay. Enuff of that tangent already. Back to the hug. No, vice. I prefer vice. So the bitch comes back with a vengeance and stays. Pain lessens only after hours of bed rest and or inactivity on the couch. And what a fun, productive life that is - ESPECIALLY AFTER HAVING AN ALBEIT BRIEF TASTE OF THE GOOD LIFE! That and plus layin' around makes my a$$ sore. I know, I know. Bitch some more, Angela, right? Right!

So my gorgeous, wonderful, ever optimistic hubby and I concoct this idea that maybe, just maybe I was comin' down with somethin'. Made perfect sense. Whenever someone with MS gets sick with say a cold or flu or whatever - it is common knowledge my friends that old MS symptoms can flare up - nay, in my case, WILL flare up. And quite often new symptoms find this prime time for rearing their ugly heads as well. Kinda like, "Hey guys, this one's feelin' weak! Let's gather 'round and kick her while she's down!"

Anyways, wishful thinking. No temp. No runny nose. No cough. No upset tummy. Oh well, a girl can dream, can't she? The hope had been that I'd be sick and once better the MS symptoms would again subside. No such luck. PHOOEY, I say! PHOOEY!!! Guess whose vision is blurry in her right eye and who can't feel the cold tile beneath her feet any more? This girl! Yeehaw, y'all!

So I worsen. Hubby threatens emergency room a time or two. I say, "So they can tell me I have MS?" Laughable. I hadn't been in the hospital in years. Actually admitted as a patient, wow, not me, nope, not in four, count 'em four years. That my friends was quite the record considering I was once a regular going in at least once a year - sometimes more. I was a sick girl back in the day, what did I have to be bitchin' about now? SUCK IT UP, BUTTERCUP!

And again, I tried. This time it was nearly a week in bed that prompted the hubs to go around me and get an appointment with good 'ol Doctor Lee. Previous attempts at trying to get me to make an appt. failed 'cause, wellll, 'cause he wasn't gonna do nothin', right? Right. "You got MS," he'd no doubt say. "You're gonna feel bad," he'd no doubt say. Waste of time and energy - one of the two of which I had absolutely zero of.

I remember hurting so bad Thursday night I even thought about the ER. No, no, I could wait 'til morning and try my neuro. So what if he didn't treat MS patients with IV steroids in the hospital anymore? Surely the pain I'm in he'd be able to order some home health IVs or prescribe me some huge oral dose or something, or anything. BZZZZ! Wrongo! I call in to the world's unfriendliest, least helpful, most uncaring person in the world to ask my equally as worthless doctor for help.

And what do I get back nearly 5 hours later? "You need to call your general practitioner," snarls the ugly hag. Huh? She explains that MS acts up when other things are wrong and it would do no good just to treat the MS. WTF? Oooooookay?! If you don't wanna treat patients with MS - grow some balls and say, "I don't wanna treat patients with MS." SUCH A$$HOLES!!! But stay tuned, it gets better!

My appt. with Doc Lee is at three. Jason comes to get me. Gets me a chair. Wheels me in a packed out office. My distaste and hatred for this whole situation grows with each tick of the clock. Three-thirty, four, four-thirty. Angela Spindler. Me, me, me. That, by God. That is me! At this point I am about to have a 'come apart' as my sister, I believe so eloquently coined the term. To have a come apart is to throw a royal a$$ banshee of a fit. Anyways, here I am Dr. Lee. Screw the pleaseantries! Make me better.

Blood pressure. Stethescope. Breath in. Out. "Well, Honey, you're sick." Well, I'll be a monkey's uncle! No shit? Really? As he goes for the script pad I go for the, "Now wait just a minute!" I explain with the hubs help I ain't been sick. I've even wanted to be sick but instead been in nothin' but pain. "Shortness of breath?" he asks. An understatement, I struggle to say as I can hardly find the air to do so. I tell him I can't even eat. And that, especially to any of you that know the good doctor, is mucho seriouso.

The next words from the doctor's mouth were, "Better take her over to the ER, Poppa, to rule out a blood clot." I role my eyes. But Jason, Jason looks concerned. I work on getting my breath to begin my already well thought out protests as Jason begins maneuvering my chair into the hall. Next the doc is barking at us to back up and get a little shot of something for pain. Now whether it was for pain or to dampen my fight, we'll never know for sure, but it wasn't long at all before we were arriving at the ambulance bay at the hospital.

I remember the stick. I remember looking at the clock in the truck and telling Jason he could still make it to go out and eat with Ryan and Angel. And I remember the nice guard helping me in the wheelchair. Where did Jason go? To park the truck. Duh. EKG. Fine. Off to the waiting room with the rest of the losers, you faker! Hadn't I waited enuff today? Shot, don't fail me now! And it didn't. Wish they'd have given Jason one too, poor guy. I slept thru the waiting room and a good deal of the ER.

But hold up! What had that EKG shown? You all got the right girl? Usual visits to the ER are non-eventful. Just like a doc's visit. Hi. How ya doin? No biggie. Here's some fluid or not and follow-up with your doc. Okay? Okay. Bye. This one, however was different. First off, it seemed I was whisked off to a room vs. meandering towards one. Then I was speedily helped into a gown and re-hooked back up to a heart monitor. And given oxygen. Huh? That sure was a new one. And my blood was taken almost immediately and an IV drip started. And get this. They came to me for the chest x-ray.

Had there been a doctor in yet at this point? Had Jason explained symptoms? Was I getting something for pain? Wasn't hurting . . . wasn't feelin' much of anything. Dr. Guest, I think. Not for sure. Tall guy, that I remember, but what guy isn't tall when you're layin' on a table? Anyway, he ordered a CT scan and sadly that I did have to leave for. Sadder still the dye needed for the pictures exploded back out of my IV and went all over my glasses and face. And in answering a previous question: Whether or not I was getting anything for pain - moving from table to table - I sure needed something now! Morphine? Yes, please.

So the scan showed no clots. Wooo whoooo! But, what's this? "We're going to admit her." WHHHHAAAAAT? Morphine? Yes, please. 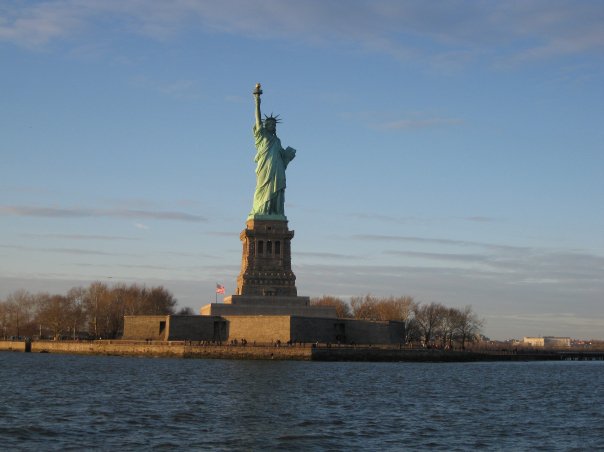